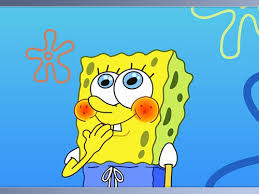 Jumping castle hire Officer Victoria. we offer free delivery and set up and extra hire time for Cranbourne area so hire a jumping castle from us and enjoy your party to the fullest.

Officer is a suburb of Melbourne, Victoria, Australia, 49 km south-east from Melbourne’s Central Business District. Its local government area is the Shire of Cardinia, as well as being the Council seat of the shire. At the 2011 Census, Officer had a population of 1,761.

The suburb is named after the Officer family, who were early settlers in the area. A timber industry was established and by 1870 timber was being transported from the railways sidings, named Officer’s Wood Siding. This was shortened to Officer’s and later, Officer.

A brickmaking industry began in the 1880s, but died away after the collapse of the land boom. The population was sufficient to justify a Post Office, opening on 16 December 1885 (known as Officer’s Siding until 1888, Officer Railway Station until 1913).

On November 17, 2014, the Shire of Cardinia moved from its offices in Pakenham to a new office in Officer, making it the Council seat.

Despite now being considered a suburb and having its own railway station, most of the land around Officer is undeveloped and used for farming. This is likely to change in the future, when construction of a 4,000 lot housing estate begins at Officer.