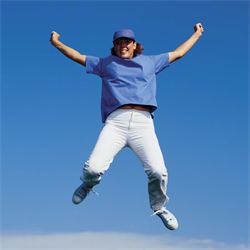 Three teenagers remain in hospital after a freak accident involving a jumping castle at Bannockburn, near Geelong, on Saturday.
A gust of wind is believed to have lifted the inflatable jumping castle with an attached slide four metres off the ground.
The teenagers fell from the castle during the incident Jumping castle accident in Australia Melbourne.
A girl is in a stable condition after being flown to the Royal Children’s Hospital with back injuries.
Two other teenagers are in the Geelong hospital in a stable condition with arm, leg and back injuries.
Kay-Lea Brufton, who runs a company that hires out jumping castles, said there were no regulations, only industry guidelines that operators should abide by.
She said she did not know who operated the jumping castle involved in the incident on Saturday.
Ms Brufton said she did set up a small castle for a client on Saturday, but took it down because of concerns about the high winds.