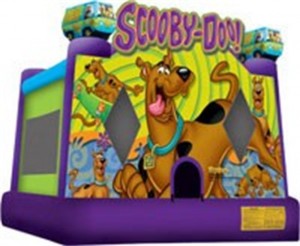 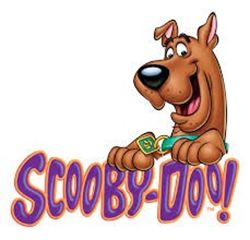 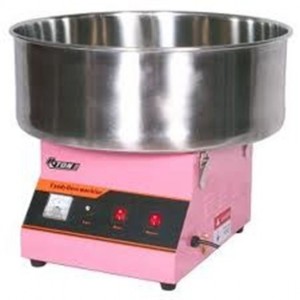 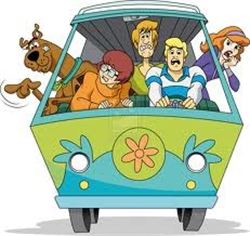 Now president of ABC, Fred Silverman made a deal with Hanna-Barbera to bring new episodes of Scooby-Doo to the ABC Saturday morning lineup, where the show went through almost yearly lineup changes. For their 1976–77 season, 16 new episodes of Scooby-Doo were joined with a new Hanna-Barbera show, Dynomutt, Dog Wonder, to create The Scooby-Doo/Dynomutt Hour (the show became The Scooby-Doo/Dynomutt Show when a bonus Scooby-Doo, Where Are You! rerun was added to the package in November 1976). Joe Ruby and Ken Spears, now working for Silverman as supervisors of the ABC Saturday morning programs, returned the program to its original Scooby-Doo, Where are You! format, with the addition of Scooby’s dim-witted country cousin Scooby-Dum, voiced by Daws Butler, as a recurring character.[1] The voice cast was held over from The New Scooby-Doo Movies save for Nicole Jaffe, who retired from acting in 1973. Pat Stevens took over her role as the voice of Velma.

For the 1977–78 season, The Scooby-Doo/Dynomutt Show became the two-hour programming block Scooby’s All-Star Laff-A-Lympics (1977–78) with the addition of Laff-a-Lympics and Captain Caveman and the Teen Angels. In addition to eight new episodes of Scooby-Doo and reruns of the 1969 show, Scooby-Doo also appeared during the All-Star block’s Laff-a-Lympics series, which featured 45 Hanna-Barbera characters competing in Battle of the Network Stars-esque parodies of Olympic sporting events. Scooby was seen as the team captain of the Laff-a-Lympics “Scooby Doobies” team, which also featured Shaggy and Scooby-Dum among its members.

Scooby’s All-Star Laff-a-Lympics was retitled Scooby’s All Stars for the 1977–78 season, reduced to 90 minutes when Dynomutt was spun off into its own half-hour and the 1969 reruns were dropped. Scooby’s All-Stars continued broadcasting reruns of Scooby-Doo from 1976 and 1977, while new episodes of Scooby-Doo aired during a separate half-hour under the Scooby-Doo, Where are You! banner. After nine weeks, the separate Where are You! broadcast was cancelled, and the remainder of the 16 new 1978 episodes debuted during the Scooby’s All-Stars block.[20] The 40 total Scooby-Doo episodes produced from 1976 to 1978 were later packaged together for syndication as The Scooby-Doo Show, under which title they continue to air.

The Scooby-Doo characters first appeared outside of their regular Saturday morning format in Scooby Goes Hollywood, an hour-long ABC television special aired in prime timeon December 13, 1979. The special revolved around Shaggy and Scooby attempting to convince the network to move Scooby out of Saturday morning and into a prime-time series, and featured spoofs of then-current television series and films such as Happy Days, Superman: The Movie, Laverne & Shirley and Charlie’s Angels.

In 1979, Scooby’s tiny nephew Scrappy-Doo was added to both the series and the billing, in an attempt to boost Scooby-Doo ’​s slipping ratings.[21] The 1979–80 episodes, aired under the new title Scooby-Doo and Scrappy-Doo as an independent half-hour show, succeeded in regenerating interest in the show. Lennie Weinrib voiced Scrappy in the 1979–80 episodes, with Don Messick assuming the role thereafter.[21] Marla Frumkin replaced Pat Stevens as the voice of Velma mid-season.

As a result of Scooby Doo Jumping Castle success, the entire show was overhauled in 1980 to focus more upon Scrappy-Doo. At this time, Scooby-Doo started to walk and run anthropomorphically on two feet more often, rather than on four like a normal dog as he did previously. Fred, Daphne, and Velma were dropped from the series, and the newScooby-Doo and Scrappy-Doo format was now composed of three seven-minute comedic adventures starring Scooby, Scrappy, and Shaggy instead of one half-hour mystery. Most of the supernatural villains in the seven-minute Scooby and Scrappy cartoons, who in previous Scooby series had been revealed to be human criminals in costume, were now real within the context of the series.

This version of Scooby-Doo and Scrappy-Doo first aired from 1980 to 1982 as part of The Richie Rich/Scooby-Doo Show, an hour-long program also featuring episodes of Hanna-Barbera’s new Richie Rich cartoon, adapted from the Harvey Comics character. From 1982 to 1983, Scooby-Doo and Scrappy-Doo were part of The Scooby-Doo/Scrappy-Doo/Puppy Hour, a co-production with Ruby-Spears Productions which featured two Scooby and Scrappy shorts, a Scrappy and Yabba-Doo short featuring Scrappy-Doo and his Western deputy uncle Yabba-Doo, and The Puppy’s New Adventures, based on characters from a 1977 Ruby-Spears TV special.

Beginning in 1980, a half-hour of reruns from previous incarnations of Scooby-Doo were broadcast on ABC Saturday mornings in addition to first-run episodes. Airing under the titles Scooby-Doo Classics, The Scary Scooby Funnies, The Best of Scooby-Doo, and Scooby’s Mystery Funhouse, the rerun package remained on the air until the end of the 1986 season.[22]

Scooby-Doo was restored to a standalone half-hour in 1983 with The All-New Scooby and Scrappy-Doo Show in 1983, which comprised two 11-minute mysteries per episode in a format reminiscent of the original Scooby-Doo, Where Are You! mysteries. Heather North returned to the voice cast as Daphne, who in this incarnation solved mysteries with Shaggy, Scooby, and Scrappy while working undercover as a reporter for a teen magazine.

This version of the show lasted for two seasons, with the second season airing under the title The New Scooby-Doo Mysteries. The 1984–85 season episodes featured semi-regular appearances from Fred and Velma, with Frank Welker and Marla Frumkin resuming their respective roles for these episodes.

1985 saw the debut of The 13 Ghosts of Scooby-Doo, which featured Daphne, Shaggy, Scooby, Scrappy, and new characters Flim-Flam (voiced by Susan Blu)[23] and Vincent Van Ghoul (based upon and voiced by Vincent Price) traveling the globe to capture “thirteen of the most terrifying ghosts upon the face of the earth.” The final first-run episode ofThe 13 Ghosts of Scooby-Doo aired in December 1985, and after its reruns were removed from the ABC lineup the following March, no new Scooby series aired on the network for the next two years.

Hanna-Barbera reincarnated the original Scooby-Doo, Where Are You! cast as junior high school students for a new series titled A Pup Named Scooby-Doo, which debuted on ABC in 1988. A Pup Named Scooby-Doo was an irreverent re-imagining of the series, heavily inspired by the classic cartoons of Tex Avery and Bob Clampett, and eschewed the quasi-reality of the original Scooby series for a more Looney Tunes-like style, including an episode where Scooby-Doo’s parents show up and reveal his real name to be “Scoobert”. The series also established “Coolsville” as the name of the gang’s hometown; this setting was retained for several of the later Scooby productions. The retooled show was a success, remaining in production for four seasons and on ABC’s lineup until 1991.